Colourful and full of booming, but relatively sombre, rhythm, Hosay (also known as ‘Tadjah’ outside of Trinidad and Tobago) commemorates the memory of Husayn ibn Ali, who was the grandchild of Muhammad, and therefore an important figure in Islam.

The observance takes place through the streets and consists of ‘Moon Dancers’, a team of strong men who take turns carrying two heavy representations of Moon, one red and one green, which symbolise Husayn ibn Ali and his brother, Hassan. Behind these teams, large, colourfully-decorated models of mausoleums, called Tadjahs, are pushed through the street, inter-spaced by tassa drummers. Some of these drummers are known to write messages onto their instruments, including political commentary. The publicly-visible stage of the event starts at 3:30 pm with a re-enactment of a funeral and prayers being said, then the procession occurs in evening Light, through Saint James in North Trinidad and Cedros in South. As the evening turns into twilight and Sodium streetlamps switch on, all public activities draw to a close, ceasing by 6:00 pm.

Crowds of spectators of all religions and ethnic persuasions tend to gather, follow along, photograph the activities, and listen to the drumming. In the past, vendors would gather selling sweets and windmills (also known as ‘pinwheels’), but this practice seems to have almost stopped in the years recent to this article’s writing. 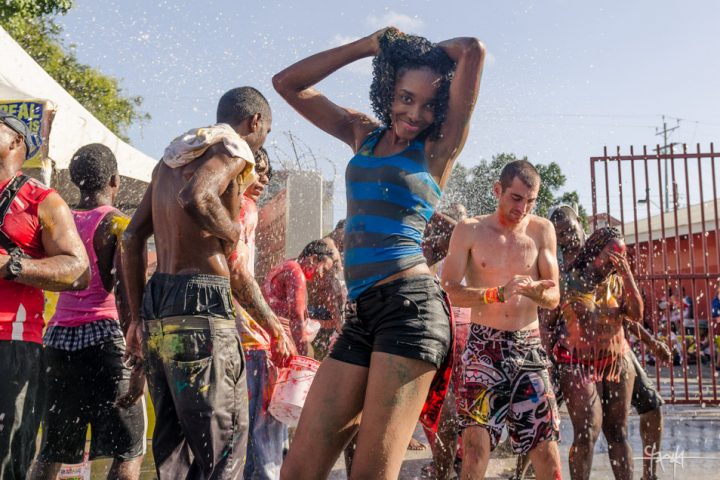 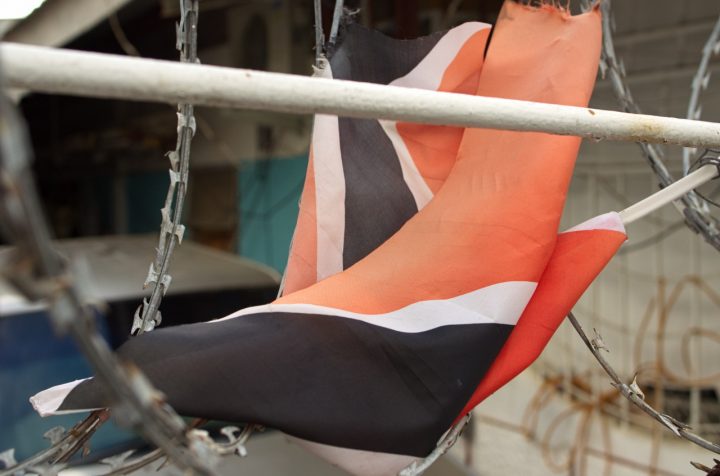 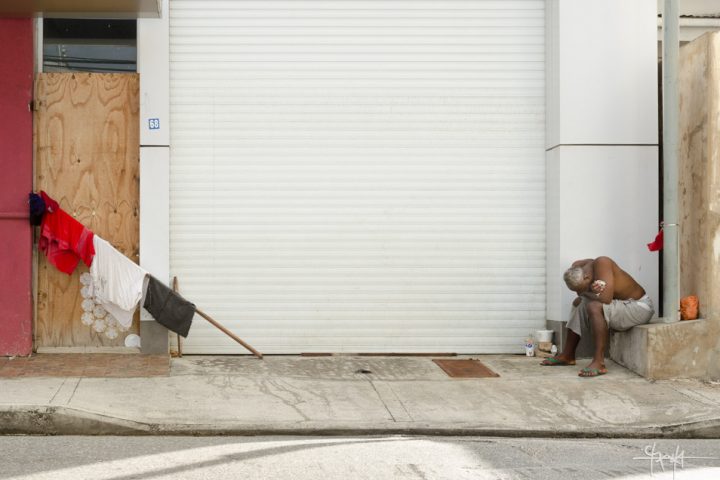 A Port of Spain street dweller sits huddled, across from clothing hung along a wooden rod. 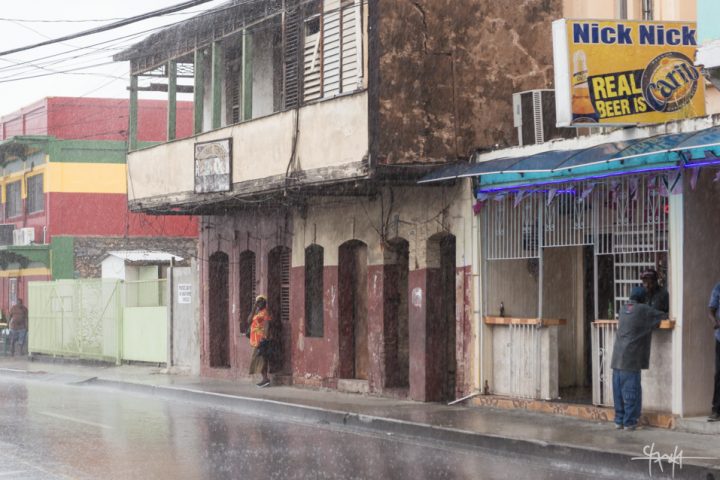